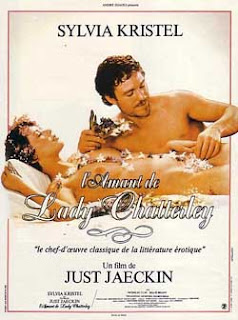 At the time there were a couple of well-off guys in my school badminton team. One of them was a Chinese-Indonesian from Commerce stream and he would share with us magazines like Hustler and Playboy. Actually, these two magazines weren't that terrible or "yellow". Very well-written articles about our social condition could be found in them (rather frank ones, I must add) - especially in Playboy. But I think my teammate cared less about reading and more about eye-candy. He also had porn mags that were rather triple X rated. But somehow, this teammate did not come across as a sleazebag. He seemed more worldly than the rest of us "kwai-kwai" Singaporean types. Still, like the rest of us, he couldn't escape the influence of raging hormones at that vulnerable age.

My first real encounter with such salacious content was when I discovered my dad's stash of playing cards. Nothing very suspicious about them except they depicted 1950s naked women in various topless poses. Miss Ace of Spade was particularly fetching. And guess what? There was also a similar pack of cards for the ladies - all 52 cards featuring Brylcreem-haired lads in their birthday suits showing off their pecs and peckers.

For a young boy curious about the female anatomy and where his own manhood was heading, these playing cards were very educational. If anything, these pictures told me that our body forms have no standard template. And like that fruit banana, they too came in different shapes and sizes. Same with papayas and mangoes, I supposed (just to be gender fair in my choice of sexual innuendos!)

For me, it wasn't such a big deal. When I was a little kid in Sarawak, I had seen topless Iban woman bringing fruit to my mom. I am not kidding, the fruit brought to our home were indeed papayas. It all seemed very natural like those topless Bali women that our local artist, the late Liu Kang, liked to paint.

How did my family end up with such playing cards? Well, they were brought back by my dad from working in Vietnam in the 60s. He was there for two years with the Caterpillar Co providing plant-support work to the American war effort in Indochina. 'Plant' to mean heavy machinery like earth diggers and excavators.

My mom knew we siblings were aware of the cards. But she was not too strict about it. All she said was: "Put them back after you are done" and that was that. If we stole any more glances, I am sure we would have gotten whacked with the cane. That had more to do with disobeying her than handling the picture cards. In any case, there's nothing pornographic about a guy or gal posing in the nude by themselves. There was no sex act. It was all very modeling-like, even artistic and educational!

However, that sex act thing would come later. It first happened when I was ten years old and when my parents brought us children to the cinema to watch that unrestrained 1970s documentary called Sex and the Animals. It was meant to be an educational trip. My parents were both open and forward like that. After the movie, I could not forget two incredible scenes: One, an amorous male frog still clamping onto his female partner two weeks after the sex act; two, an elephant's penis dragging on the floor like a long piece of damp rope. For a 10-year-old, that scene was not only mind-blowing. It was absolutely eye popping!

The second time I witnessed such coitus was eight years later when I was enjoying some time-off during my OCS Senior Term.

It was a Saturday morning and we were all in our PT kit relaxing in the cadet mess (army-term for recreational room). We had just cleared our stores (i.e. training equipment) after a major exercise. Someone had brought along a videotape and word was that it was rather special. I think it was Gerard, our platoon resident joker and GSO (girl-supply officer) who, I think, was responsible.

The title of the movie was Lady Chatterly's Lover. My first thought was that it was all very Dickensian. Well, my guess wasn't that far off as the movie was indeed a British period piece of lords and manors. But the story was something else.

We were soon pretty glued to the TV as the story unfolded. There's the fetching Lady Chatterly who was obviously mismatched to her elderly, paralysed and impotent husband. She was obviously suited to the unmarried and studly gamekeeper with the manly mustache. You know what is going to happen soon enough after they bumped into each other in the garden and started exchanging glances. There isn't going to be a three-some in this semi-autobiographical tale by DH Lawrence.

For once, somebody got the story direction and flow right, of how a lady of the house might fall for hired help and be viewed in a sympathetic light. She's not just some object to be undressed and get banged up without any foreplay.

And how we young men and cadets got our eyes glued to the TV that day. We learned not a few lessons, chief of which was how we could all watch that X-rated material and not get caught! It was in broad daylight and near the OCS HQ!

Scholars have given Lawrence's story the thumbs up. They hailed it as "not one of sexual passage but that of the search for one's integrity and wholeness." The lady learns that sex is not shameful and disappointing (as often perceived in those corsetted times) and the interloper learns of the spiritual challenges that follow physical love.

In any case, do behave yourselves this Valentine's Day. Do not get carried away. Love is best expressed as love for that person. Period. Everything else is secondary and time will come when intimacy is called for.

As I've read in Cosmopolitan once of a woman who finally found her true love after several affairs, the feeling of coitus at the time for her was one of sea waves smashing against the cliff rocks; of riding high among rolling clouds in the sky; of thunder and lightning cracking in her joints and loins leaving her weak and scared. Love, she finally realised, required total surrender. It left her pink in the cheeks and chilled to the lips. But she wouldn't have any other way. A guy would be so lucky to be loved (and made love to) like that.

Related story: R&R in Taiwan; Next story: Golf Company
Posted by TC Lai at 10:07 AM